In the last few weeks, Joe Biden and Nancy Pelosi have been working hard to protect Ukraine’s sovereignty, while in the background they have been attempting a clandestine invasion of America through the southern border. 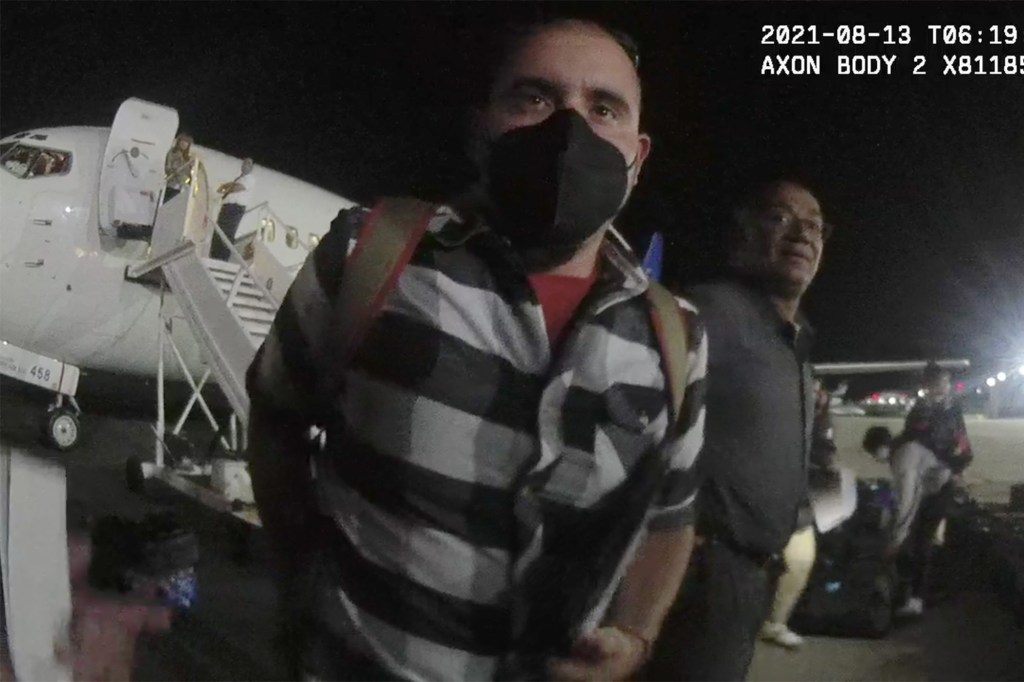 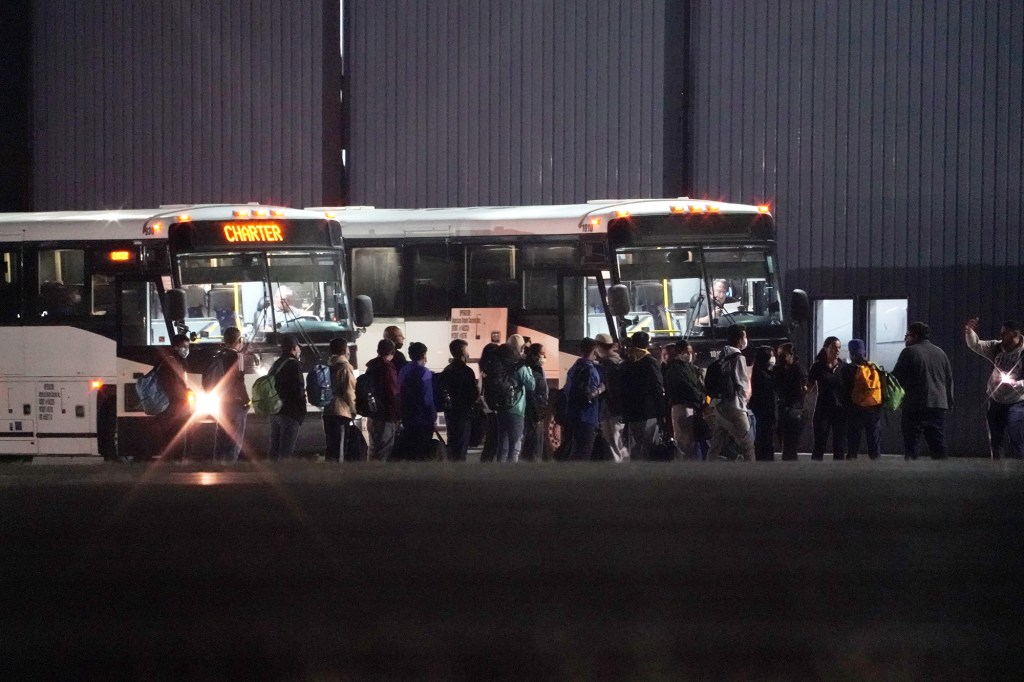 Using secret charter flights, the federal government is delivering illegal migrants away from the border under cover of darkness, scattering them throughout the United States. Some journalists have attempted to expose the truth, but have been obstructed by officials.

The American people have been betrayed in no small way.

That’s the exact statement of one federal government contractor who transports migrants from the south to the White Plains airport.

“The government is betraying the American people,” the contractor told a Westchester County police officer last August, in a recording taken on his bodycam. On the tarmac, the men stood next to a Boeing 737 that had been brought in from Fort Bliss, Texas, by iAero Airways through a federal charter arrangement.

Sgt. Michael Hamborsky is seen throughout the video expressing frustration that local police have not been informed that flights arrived after curfew at the airport, which violates security protocol.

“You’re on a secure facility here; we really don’t know anything and we’re in charge of security,” he explains to one of the federal contractors.

“This is anti all our security stuff.”

The iAero flight Hamborsky was so baffled by that night was one of many charter flights that began ferrying migrants into the suburban airport after curfew last year from various Texas locations, beginning at least as early as April.

At approximately 6:15 and 7 a.m., Hamborsky seems to be asking a dozen federal contractors politely and persistently about migrants disembarking and boarding American Dream charter buses.
According to Hamborsky, the plane arrived at 11:48 pm overnight with 142 migrants aboard.

Twelve “chaperones” also accompanied the group, staff of MVM Inc., which had been a major contractor for the CIA and the National Security Agency in Iraq and had received a $136 million contract from the federal government to transport unaccompanied minors around the country.

The body camera begins recording while it’s still dark at 6:09 a.m. Hamborsky parked his squad car on the airfield beside Ross Aviation’s hangar, whose employees were helping to refuel the plane.

MVM contractors are asked for their ID cards by Hamborsky.

One replies “I can give you my state ID, but work IDs we’re not allowed to.”

Hamborsky then says: “I’m just trying to figure out what’s what, who’s who and how I’m supposed to keep this secure.”

The contractors then give Hamborsky the lanyards hanging from their necks.

One of them says: “We’re not allowed to have our picture taken when we get on base.”

“Un-f–king-believable,” Hamborsky says. “And who’s that by? DHS [Department of Homeland Security]?”

Someone replies “Yes, and the United States Army. You’re on a federal installation but DHS wants everything on the down-low.”

In response, Hamborsky asks why they show up at a small airport like the one they are at.

Someone answers “You don’t want to be in somewhere the spotlight is. You want to try and be as down-low as possible. A lot of this is just down-low stuff that we don’t tell people because what we don’t want to do is attract attention. We don’t want the media. Like we don’t even know where we’re going when they tell us.”

And yet another says: “Listen, my thing is I like to comply but technically we’re not supposed to show IDs or anything. Like I said, everything is supposed to be hush-hush.”

Hamborsky explains the situation with a bit of a threat: “And if you don’t, I could just not let you out …

“I don’t care if it’s military or not … we gotta know who people are. The way TSA [the federal Transportation Security Administration] works is we’re supposed to have a certain designated number [of passengers] for each chaperone. Well, there’s 60 kids out here and there’s two guys.

“Two [migrants] grab their bags out here and next thing you know we could be playing tag all night.

“I have to take my shoes off when I get on a plane. These guys are grabbing their bags and getting on buses.”

Hamborsky learns from one of the migrant bus drivers that he had no idea of his destination.

“They didn’t tell you where it’s going?” Hamborsky asks.

The driver answers: “They never do.”

On a later recording of the body cam, a contractor says to Hamborsky: “I get the whole secrecy and all that s–t but this is even above my f–king pay grade … the f- -k, you know what I mean?”

Hamborsky answers: “And why? You know why?”

Contractor: “You know why, look who’s in office. That’s why, come on.”

Hamborsky then asks: “But what’s the big secret?”

The contractor responds with the shocking truth about Joe Biden and the socialist Democrats in power: “You know why. Because if this gets out, the government is betraying the American people.”