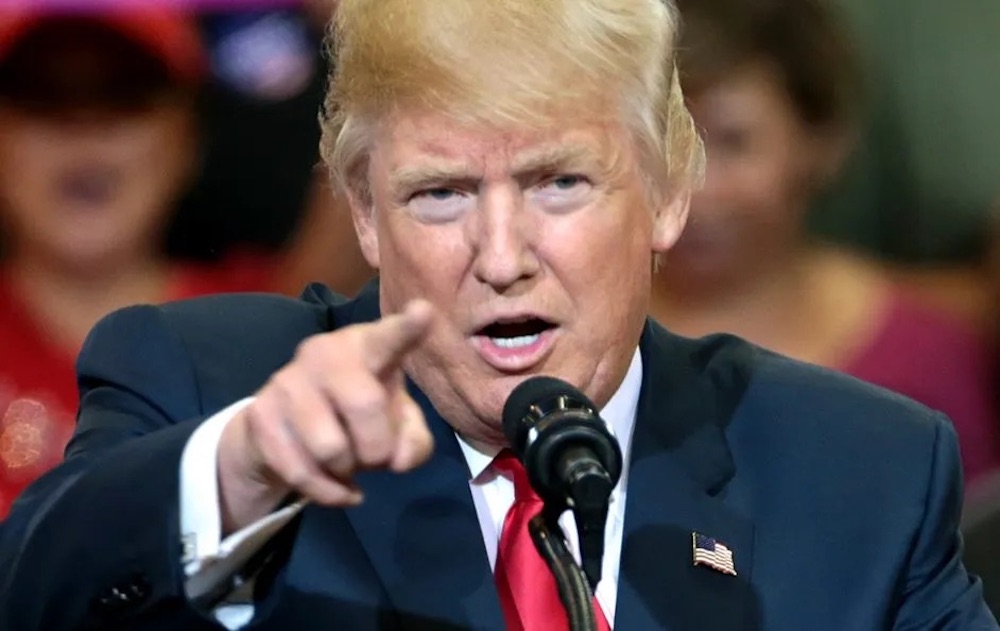 The White House under Democrat Joe Biden’s leadership is being rocked by another financial scandal dealing with sloppiness and laziness, and massive amounts of suspicious foreign money, combined with a total lack of transparency from the Democrat administration about Biden’s actions, this month.

The Biden crime family has been entangled with another set of humiliating and highly public set of circumstances that would force legal consequences on anyone else, yet Americans have come to accept that the Biden clan can get away with just about anything at all and never face any real constraints on them.

Last week details emerged about another blatantly corrupt scheme of Hunter Biden’s. Donald J. Trump, a candidate for President in 2024, is making noise about it and how affects Hunter’s Daddy, the President of the United States- Joe Biden.

Media reports are starting to catch up with the newest offense by the Bidens, showing that from November 2022 to January 2023, about twenty classified government documents were discovered by President Joe Biden’s attorneys in his former office at the Penn Biden Center in Washington, D.C. and in his personal residence in Wilmington, Delaware, dating to his vice presidency in the Obama administration.

Trump, on his social media, is tying Hunter Biden’s rumored astronomical rent payments to a larger financial “scam” tied to his daddy- and what Trump is posting about is being echoed, even in mainstream media, about the seriousness of Biden’s activities.

NBC News reported on Wednesday that allies of the president have called on his White House to be more forthcoming about it all, as he faces an onslaught of criticism about the found documents.

According to Newsweek, “President Biden has been under fire in recent days by Republicans and Democrats after classified documents were discovered at two sites. House Republicans, now in the majority, have set their sights on multiple investigations into Hunter Biden and other aspects of the Biden administration.,” they reported, adding:

“Speculation has ramped up online after President Biden’s 2017 tax returns allegedly did not declare $49,910 in monthly rent payments from Hunter Biden.”

“Was Joe Biden really paid $50,000 a month by Hunter for a house that’s worth comparatively very little. Who actually owns the house?” Trump wrote Tuesday on Truth Social. “This is just the beginning of one of the greatest political and money laundering Scams of all time.

“However, don’t know wether [sic] or not the Rigged and Corrupt Fake News Media will want to report on it. Probably not, they’d rather report on a 75 year old Trump employee who did not pay tax on the use of a company car or apartment (few people do, never charged before),” Trump added.

His reference to the 75-year-old employee is former Trump Organization CFO Allen Weisselberg, who was sentenced last week to five months in prison for defrauding New York state and New York City by “evading payment of taxes due on $1.76 million in unreported income,” Newsweek noted, adding more details:

Weisselberg’s sentence preceded the announcement of a maximum $1.6 million fine against two Trump Organization entities, the Trump Corporation and the Trump Payroll Corp., which were found guilty by a jury in December of 17 counts of tax fraud associated with a 15-year scheme.

About 10 documents were reportedly discovered on November 2 at the Penn Biden Center for Diplomacy and Global Engagement, which led to Attorney General Merrick Garland appointing former Justice Department prosecutor and U.S. Attorney for the District of Maryland Robert K. Hur as special counsel to investigate.

Another batch was discovered in the garage of Biden’s Wilmington, Delaware, home.

Breitbart reported that Kentucky Representative James Comer, chair of the House Oversight Committee, confirmed that the address on Hunter’s driver’s license is the same as the residence where the classified documents were discovered.

Biden said Thursday that the second batch of unknown documents were “locked” away.

“People know I take classified documents and classified materials seriously,” Biden said. “I also said we are cooperating fully and completely with the Justice Department’s review.”

Newsweek reached out to the White House and Trump campaign officials for comment.

NBC reported that the scandal is one of Biden’s debacles:

The White House sought to deflect criticism that it is withholding facts about one of the biggest debacles of Joe Biden’s presidency, taking questions Tuesday about batches of classified records found in his home and an old office.

A White House official, Ian Sams, spoke to reporters Tuesday about documents dating to Biden’s vice presidency — the first time the White House has solicited questions about the classified materials. Although he offered little that advanced the public’s understanding of the matter, the mere willingness to address questions was itself a departure from the initial response.

Biden’s Democratic allies have faulted his handling of the controversy, calling on him to be more forthcoming about how the documents wound up in his Delaware home and a think tank in Washington, as NBC News reported last week.

Sams, a senior adviser to the White House counsel’s office, said in the briefing that because of an ongoing Justice Department investigation, the White House is limited in what it can responsibly disclose. Officials are trying to publicly explain what happened without compromising the federal investigation — a difficult balance to strike, Sams said.

“I understand that there is tension between protecting and safeguarding the integrity of an ongoing investigation with providing information publicly,” Sams said.

But legal experts raised questions about the White House’s reticence. At issue is whether the White House kept quiet about documents that had been stored improperly in hope of sparing Biden the political fallout from such a disclosure. A law enforcement official said the Justice Department has not instructed the White House to stay silent about the facts underlying the investigation.

NBC News legal contributor Andrew Weissmann, a top prosecutor in special counsel Robert Mueller’s probe of former President Donald Trump, tweeted, “There is nothing about a DOJ investigation that legally prevents someone under investigation from speaking publicly.”