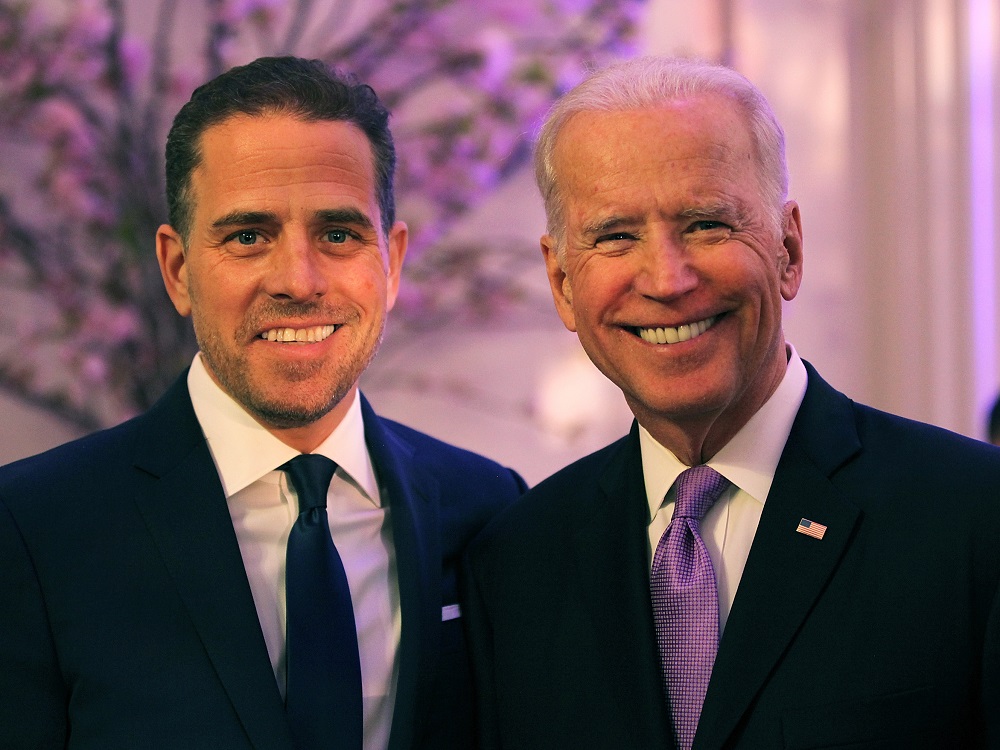 Anyone trying to make sense of the drama and numerous conflicts surrounding the contents of Hunter Biden’s laptop has heard about the “Big Guy”.  A dude who mysteriously gets kickbacks- and no doubt wondered, “who is the big guy”?  We may be getting closer to finding out with some much-needed proof, according to court documents.

“A March 2017 email found on Hunter’s laptop discussed a proposed deal with a Chinese energy firm, and included the phrase: ’10 held by H for the big guy?’- and kicked off a storm of speculation which has been mostly ignored by the media.

But now we are back here again, watching the media curiously ignore the resurfacing of the phrase, from more court documents.

On Monday The New York Post reported that one witness had been asked who they believed ‘the big guy’ was – although the witness’s answer wasn’t shared, leading to more speculation and frustration.

Speculation about the identity of ‘the big guy’ has remained: Joe Biden has always insisted he was not involved in his son’s business dealings.

“A grand jury witness was asked to identify the infamous “big guy” mentioned in discussions regarding a Chinese business deal involving the president’s son Hunter Biden, according to a new report.

The question came up after this person, who was not identified, was shown a piece of evidence before the grand jury, located in Wilmington, Delaware, a source told the New York Post. The answer that was given was not reported, though some have claimed the “big guy” is President Joe Biden, raising the prospect that the commander in chief could be drawn into a federal criminal investigation. So far, the White House has been adamant in asserting that the president is not involved and that Hunter Biden, 52, did not commit any crimes,” Daniel Chaitain reported for The Washington Examiner on Monday.

SO the question on the minds of most rational Americans is- Has Joe Biden been pulled into Hunter grand jury probe?  Because that would be really, really bad.

According to well-sourced media reporters who have validated the contents of Hunter Biden’s laptop, ‘the big guy’ was getting paid by Chinese Communist Party associates in a foreign energy giant after a former associate claimed it was the President- yet there has been no consequences for the Biden family, as of yet.

A federal tax investigation into President Joe Biden’s son and his business dealings began in 2018, and has been slowly winding it’s way around the courts, with most government officials looking the other way, and refusing to address the grave national concerns – that most average Americans can see.

The investigation remains active as prosecutors continue to examine foreign payments and other aspects of Hunter’s finances, and now we see that the mysterious identity of “The Big Guy” is still not being settled, and people are growing frustrated with both Republicans and Democrats who will not take the laptop seriously.

Hunter Biden confirmed the existence of an investigation into his taxes in December 2020, one month after the presidential election, after the issue of the laptop was heavily censored and the information on the dangers of the Biden family were hidden away from voters.

Numerous high-profile pundits and reporters were outright banned from social media for reporting on the legitimate and validated claims that arose from examining the documents from the hard drive.

Court documents show that witnesses in recent months have been questioned about payments Hunter Biden received while serving on the board of Burisma, a Ukrainian gas company, which is -yet- another foreign engagement for a sitting President- who insists that there is nothing corrupt happening that should concern the American people.

The Daily Mail reported that a person who raised the speculation of Joe Biden being the Big Guy was called into question and threatened.

A former Hunter associate previously claimed the phrase ‘the big guy’ referred to President Biden himself, sparking calls for him to face a conspiracy probe.

He has always denied all allegations of wrongdoing, with Hunter facing questions about why he was accepting work from energy firms despite no knowledge of the area.

The latest twist in the Hunter saga was reported in the New York Post on Monday, four years after he was first put under investigation.

It follows the Washington Post and The New Times also confirming the authenticity of the contents of the laptop Hunter left at a Delaware repair show.

Independent media has shown the courage to report on the contents of Hunter’s abandoned laptop while other major media outlets have run as cover for the Democrats and the Biden family, accusing people of conspiracy over the authenticity of the information from the laptop.

Big Tech companies even took steps to suppress its spread in the final weeks of the 2020 election, in recent weeks, the New York Times and Politico have come forth with reports saying at least some of the contents on the laptop have been authenticated.

And now we may be closer to finding out how much Joe Biden is involved.