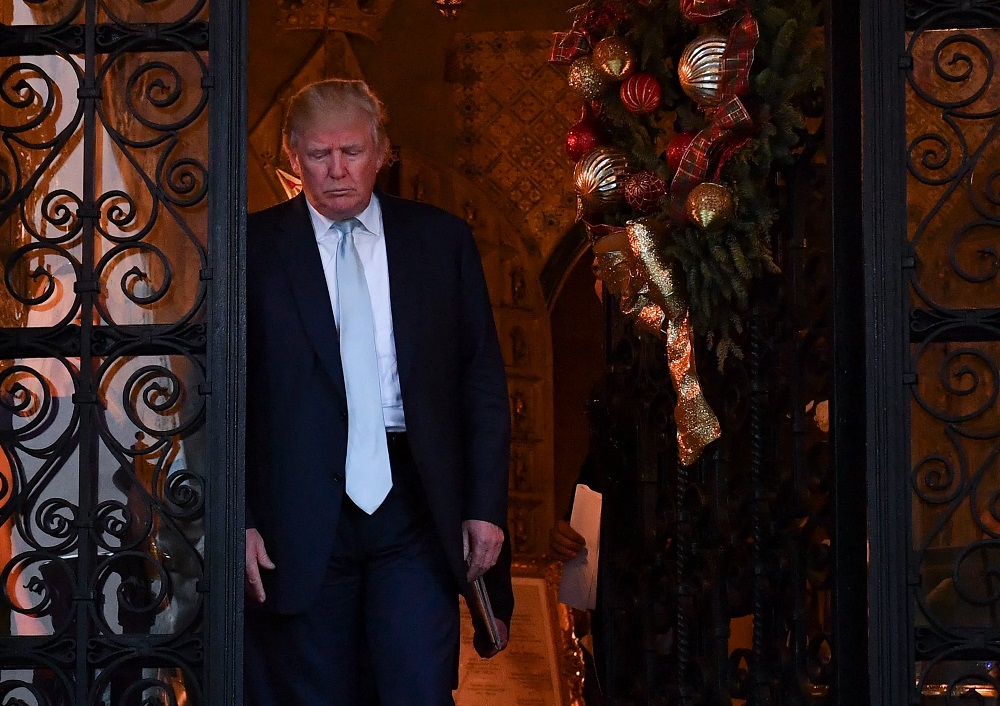 An Informant Told the FBI What Docs Trump Was Hiding, and Where

The FBI raid on the Florida home of President Donald J. Trump, Mar-a-Lago this week is being clouded with secrecy; Americans are not being told who signed the warrant to perform the raid, who knew about the raid, what they looking for, or what the factors are that led up to getting the warrant.

One media outlet, Newsweek, had permission to write the point of view a confidential informer- who told them that the FBI had documents that Donald Trump was hiding at Mar-a-Lago, and where.

The Democrat administration of Joe Biden is not offering the American people any information either and we are left to getting statements from the Trump family and their associates about the high level of cooperation and respect President Donald J. Trump gave the process up to the day of the raid.

Trump’s lawyer Christina Bobb told Steve Bannon on the War Room on Thursday that part of the search warrant that she demanded to see at the site on Monday was reluctantly given to her, and that part of it was sealed from her view.

Bobb also reported that she was not allowed into the property to observe the FBI’s actions.

There are many suspicious actions on the side of law enforcement that are being covered up, but we are getting reports starting to trickle out slowly about what likely happened.

“The raid on Mar-a-Lago was based largely on information from an FBI confidential human source, one who was able to identify what classified documents former President Trump was still hiding and even the location of those documents, two senior government officials said,” Newsweek reported.

The officials, who allegedly have direct knowledge of the FBI’s deliberations and were granted anonymity in order to discuss sensitive matters, said the raid of Donald Trump’s Florida residence was deliberately timed to occur when the former president was away.

A confidential informer told the FBI what documents Donald Trump was hiding at Mar-a-Lago, and where.

FBI decision-makers in Washington and Miami thought that denying the former president a photo opportunity or a platform from which to grandstand (or to attempt to thwart the raid) would lower the profile of the event, says one of the sources, a senior Justice Department official who is a 30-year veteran of the FBI.

The effort to keep the raid low-key failed: instead, it prompted a furious response from GOP leaders and Trump supporters. “What a spectacular backfire,” says the Justice official.

“They were seeking to avoid any media circus,” says the second source, a senior intelligence official who was briefed on the investigation and the operation. “So even though everything made sense bureaucratically and the FBI feared that the documents might be destroyed, they also created the very firestorm they sought to avoid, in ignoring the fallout.”

On Monday at about 10 a.m. EDT, two dozen FBI agents and technicians showed up at Donald Trump’s Florida home to execute a search warrant to obtain any government-owned documents that might be in the possession of Trump but are required to be delivered to the Archives under the provisions of the 1978 Presidential Records Act. (In response to the Hillary Clinton email scandal, Trump himself signed a law in 2018 that made it a felony to remove and retain classified documents.)

The act establishes that presidential records are the property of the U.S. government and not a president’s private property. Put in place after Watergate to avoid the abuses of the Nixon administration, the law imposes strict penalties for failure to comply. “Whoever, having the custody of any such record, proceeding, map, book, document, paper, or other thing, willfully and unlawfully conceals, removes, mutilates, obliterates, falsifies, or destroys the same, shall be fined” $2,000, up to three years in prison or “shall forfeit his office and be disqualified from holding any office under the United States.”

The road to the raid began a year-and-a-half ago, when in the transition from the Trump administration to that of President Joe Biden, there were immediate questions raised by the National Archives and Records Administration (NARA) as to whether the presidential records turned over to the federal agency for historical preservation were complete or not.

In February, Archivist David Ferriero testified before Congress that his agency began talking with Trump’s people right after they left office and that the Trump camp had already returned 15 boxes of documents to the Archives. Ferriero said that in those materials, the Archives discovered items “marked as classified national security information,” unleashing further inquiries as to whether Trump continued to possess classified material.

In late April, the source says, a federal grand jury began deliberating whether there was a violation of the Presidential Records Act or whether President Trump unlawfully possessed national security information. Through the grand jury process, the National Archives provided federal prosecutors with copies of the documents received from former President Trump in January 2022. The grand jury concluded that there had been a violation of the law, according to the Justice Department source.

The senior Justice Department source says that Garland was regularly briefed on the Records Act investigation, and that he knew about the grand jury and what material federal prosecutors were seeking. He insists, though, that Garland had no prior knowledge of the date and time of the specific raid, nor was he asked to approve it. “I know it’s hard for people to believe,” says the official, “but this was a matter for the U.S. Attorney and the FBI.”

FBI director Christopher Wray ultimately gave his go-ahead to conduct the raid, the senior Justice official says. “It really is a case of the Bureau misreading the impact,” Newsweek reported.